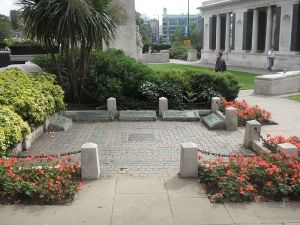 On August 22, 1651, the authorities beheaded Christopher Love for his faith in the Lord Jesus Christ at Tower Hill, London, England.  His biography entitled “A Spectacle Unto God” chronicles his life and especially the love that his and his wife Mary shared. This couple had three children…she was pregnant with another child.  They had several children that had died in childbirth…that had passed on to heaven. It’s so incredibly amazing to see the love between these two people in their early thirties.

Christopher writes to his beloved wife on the day of his glorification: My most gracious beloved, I am now going from a prison to a palace.  I am going to heaven where there are two of my children and leaving you on earth where there are three of my babes.  Those two above need not my care but the three below need yours. I know that you are a woman of a sorrowful spirit…yet be comforted. Though your sorrow be great for your husband’s going out of the world, yet your pain shall be the less in bringing your child into this world. You shall be a joyful mother though you be a sad widow. Be not troubled to think what shall become of you and yours after my death… for be assured that my God and and the God of the widows and the fatherless will not forsake you but will wonderfully provide and be comforted in this: that though men take your husband from you, they cannot take your God from you. So do not think that you have lost your husband. But you are only parted from him for a while. In the meantime, your Savior will be your husband and a father to your children.

As he walked up to that podium and as he gave his brief presentation and prayed, there was a man who had come with great joy to see this ‘trouble-maker’ killed. But when he heard his speech, and when he heard his prayer, he was converted on the spot.

What confidence this engendered when you have this type of assurance of having an advocate in heaven. We see that in Acts 7:54-61 with Stephen. Here’s a man of God so soaked in the promises of scripture that, even in the midst of a human court condemning  judging him, he could smile.  He could face such brutality with confidence and calm because he had One who speaks to the Father on his behalf.  He speaks now on your behalf.  You can face life and death with courage and calm because Jesus sits and stands at the Father’s right hand.