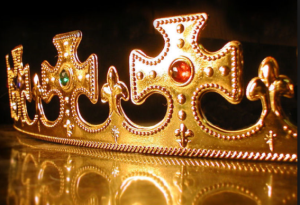 Psalm 2 teaches believers how to counter the bullying world that intimidates them to retreat and hide.  We learn that the LORD’s Anointed One (Messiah) is personally and powerfully involved in this world, rescuing and ruling it for His glory and His people’s good.

How is Jesus Christ the LORD’s King? He is the Son who rules for his Father (2:7-8). There is a twofold kingdom of God committed to Jesus Christ: First, a spiritual kingdom by which he rules in the hearts of His people; and, second, a providential kingdom by which he rules the affairs of this world. During an election year, it is very important for us to remember His providential rule.

Psalm 2 paints an exalted picture of Jesus Christ. This heavenly prince rules all the kings of the earth, judges all the nations, crushes all of God’s enemies, defends and protects all of God’s people, marries His Bride – the Church, and fulfills the promised hope of David’s eternal throne. No wonder this Royal Psalm ends with the exclamation, “Blessed are all who take refuge in him.” (Ps. 2:12).

Gracious Father, thank you for the future hope
that all the nations that rage against You
will become the inheritance of the Messiah.
You have given to Your Son our Savior
the ends of the earth as His possession.
He declares triumphantly
that all authority in heaven and on earth is rightfully His.
Based upon that authority,
we pray that you would supernaturally cause a massive ingathering of souls
who would come to a saving knowledge of the Lord Jesus Christ.
Have mercy upon them,
open blind eyes like you did long ago,
pour the wine of your love and Word on calloused, stony hearts.
Raise up a group of young people throughout the world
who devotedly kiss Your Son as Savior.
May they serve You with fear and rejoice with trembling
as they contemplate your loving reign in their hearts as King,
but also as a just judge who will come again with a rod of iron
to break all those who resist Your reign. AMEN.